Innovation and Growth by Design 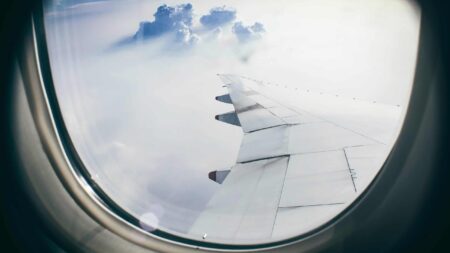 Firing up the engines for your flight.

Last night on cable, I caught the second half of Scorsese’s spectacular biopic – The Aviator, based on the life of eccentric billionaire and aviation pioneer Howard Hughes.

Every time I watch movies based on interesting real people, I like to browse through their pictures, interviews and news clippings trying to connect my own dots in their story and relate it with its film rendition.

A millionaire at 18, successful film tycoon, airplane designer and the holder of several aviation records, Hughes once said, “If I have made a mistake in the design, then I'm the one who should pay for it. I certainly would not ask somebody else to fly a plane if I were afraid to do it myself.” Fearless as he was, he survived a few near fatal plane crashes in his lifetime, not to be outdone by them in his never ending quest for perfection in flight.

In today’s speed age, running a corporation is a lot like piloting a jet.

The machine has to be designed right and by the right people who are unafraid to fly it to new frontiers.

Central to how planes work is the jet engine. It converts energy rich liquid fuel into powerful pushing force called thrust. The thrust from one or more engines pushes a plane forward forcing air past its aerodynamically designed wings to create an upward force that lifts and powers it into the sky.

We are going to talk about two such jet engines needed for flight in most corporations today – Innovation and Growth. Not surprisingly they also have catalytic relationship with each other.

Growth is one of the key reporting parameters to measure success.

One may be hard pressed to find a company in perpetual infinite growth.

Some promising enterprises lose momentum; others get acquired; markets they operate in mature; disruptions change the market itself and their inflexibility to change in response causes engine failure.

Business literature suggests that growth follows an *S-Curve on a time/revenue scale. The leaner the curve, the higher its revenue dividend. Following a successful launch, the first thrusts of the growth engine may be exponential when powered by opportunistic early adopters. However, the fuel soon runs its course tapering off on business expectations before a second generation of better products/services need to reach new markets, bigger base and through efficient channels to sustain the momentum.

How does one design the corporation, to find continuous S-Curves that keep its growth engine powered?

This is where the second engine kicks in. Aviators of the corporate world need foresight to forecast early on when the S-Curve will plateau to find another on an ongoing basis to sustain growth and maintain the flight path for their enterprise. Pundits call this the innovation window or inflection point where the innovation engine fires up.

The fuel for the innovation engine comes from an in depth, empathetic and proactive understanding of the customer. Its power source tends to be design and its thrusts need to be agile to catalytically kick-start a sustainable S-Curve for its growth engine when needed.

Like all engines, this is also susceptible to failure. Conflict with core business (turbulence), empowerment, constant need for fuel, able design leadership and ability to deliver agile solutions from a time, cost and quality perspective remains key.

In my experience, both engines are distinct. They do different things and, should be separate; but designed to symbiotically and catalytically perform as infinite loops that power flight.

They should be designed for levels of risk and failure such that the jet can be safely landed without loss and damage. Regular engine maintenance, quality fuel and perfect tuning for synchronicity to work together should be amongst the pilot’s main priorities. Like Hughes, the pilot should buy into the design and not be afraid to fly the jet to new horizons.

At our firm, we have set up innovation engines in various businesses, which are tuned to work with their respective growth engines. Depending on the business and the industry it operates in, the framework blueprint varies in how these engines work together to power flight.

To conclude, I shall leave you with quote from Leonardo da Vinci - “Once you have tasted flight, you will forever walk the earth with your eyes turned skyward, for there you have been, and there you will always long to return.”

Anubhav Gupta is Executive Vice President and Chief Design Officer at Godrej Properties, where he founded the GPL Design Studio.

Anubhav studied at the Massachusetts Institute of Technology (MIT) and Cambridge University  and is a trained architect, urban planner, and economist.

The views shared by the author are his own.